2. In preparation for the launch, we already started publishing information on our English language social media accounts, and, in addition, we launched our English website today.

3. We will be holding online events targeting English-speaking countries. The first will be an online live drawing and talk event in April 2022 by Keri Kusabi Sensei, known for her Wails of the Bound series.

5. We started preparations with publishers in each country for multilingual development in French, German, Italian, Spanish, Polish, Thai, Vietnamese, etc.

Since our founding, our theme has always been “Manga beyond gender”.

For more than 30 years, we have been producing manga for the female public in a variety of genres, with the motto of bringing out works that are not bound by the old views of gender.

BL is one of the fruits of “Manga beyond gender”, and we would like to deliver the fruits of our work to readers not only in Japan but also around the world.

In addition, as a countermeasure against piracy, we believe it is vital to strengthen monitoring based on cooperation with publishers in each country and to sell legitimate translated versions as soon as possible. In the selection of licensees for our overseas expansion, we emphasized the importance of those who share our views on piracy.

We will continue to call on our readers overseas to help us prevent the spread of pirated copies by collecting information through social networks as needed.

More works will be added after the campaign ends, so don’t miss out!

In addition to introducing our manga, the English website will also include interviews with the artists. Please follow us to check the latest information.

ShuCream BL plans to use its close network with the authors to hold talk events with the authors themselves and their editors. Details on how to participate will be posted on the website and social media at a later date, so don’t miss it!

5. About the Korean and Traditional Chinese versions

* Some works may be released by publishers other than those listed above due to rights restrictions.

We are also preparing for release in a variety of other languages. We are working hard to expand distribution worldwide. 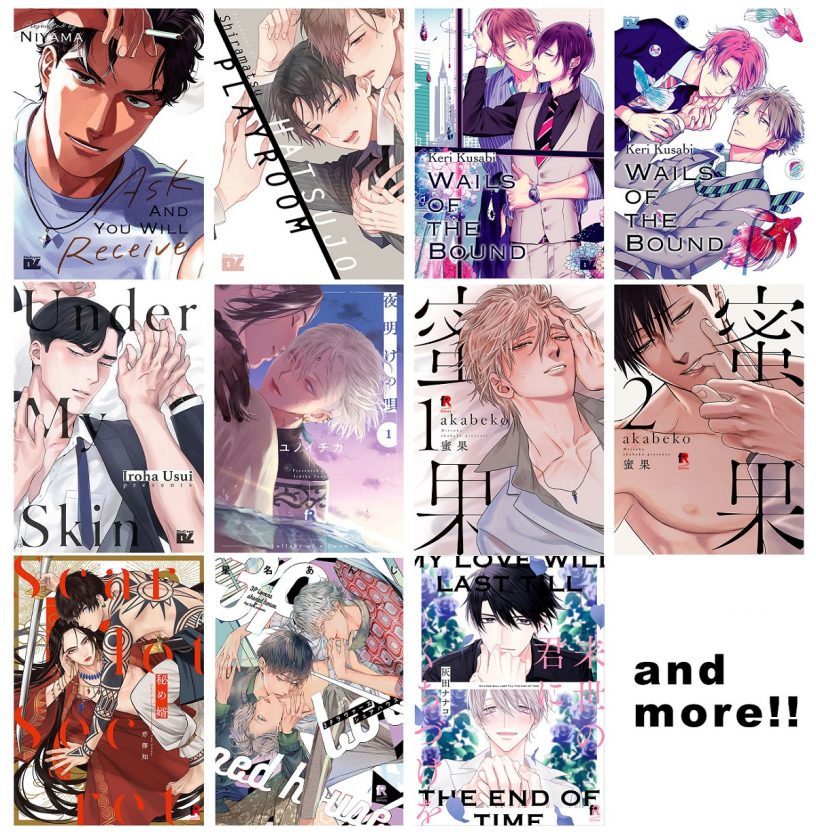 To send the request for foreign rights, use this inquiry form.

Our website uses cookies to make your online experience smoother and faster. We recommend you to accept their use to fully enjoy your navigation, but you can opt-out if you wish.